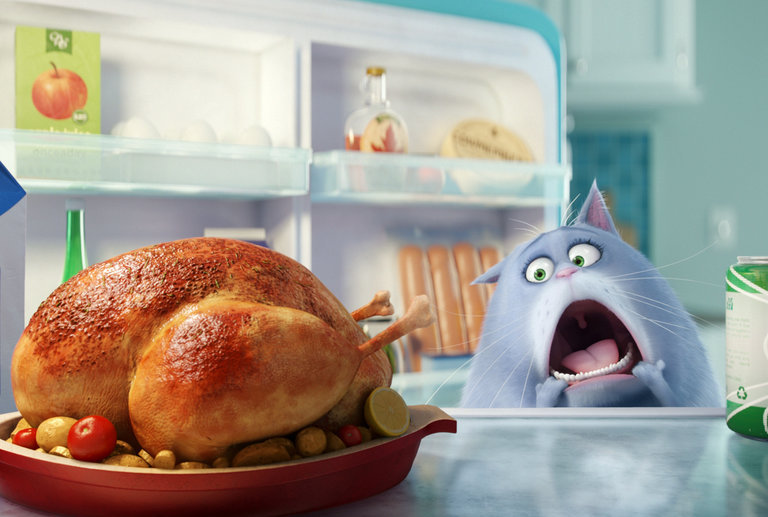 As predicted, it was a critter-tastic weekend at the domestic box office. “The Secret Life of Pets” unseated “Finding Dory” with a monster opening weekend, “Mike and Dave Need Wedding Dates” opened softer than Zac Efron’s agent would have liked, and older releases struggled to keep pace with the top dogs. Let’s discuss.

WOAH. I was WAY off the mark on this one. The child audience’s appetite for animated movies with cute trailers should clearly never be underestimated (I’ve got to amend my predictions for “Ice Age: Collision Course” now). Won’t happen again, I swear.

Well I was pretty close in predicting the number for this one, but not the finishing position. Congratulations are in order to Skarsgaard’s abs and Robbie’s hot face for finishing in the runner-up spot once again. The total gross for “Tarzan” is $81.8 million to date, it’s going to be an uphill climb for the $180 million-budgeted monkey epic to match its cost stateside.

“Dory” slid two spots this weekend, settling for the bronze. It’s now officially the biggest domestic animated flick ever (unadjusted for inflation). Should still cruise past $450 million easy, not sure it’ll hit $480 million+ now though.

After an annoyingly solid Friday opening take, I was genuinely concerned that “Mike and Dave” would make waves this weekend and challenge for the #2 spot. Thank goodness things calmed down afterwards.

Well, I was accurate in predicting a big dip for “The Purge: Election Year” in its sophomore weekend. But I was not expecting it to beat out Steven Spieberg’s Roald Dahl adaptation “The BFG,” which dropped out of the top five like a stone, plunging 59.5%. It’ll be lucky to clear a $60 million final haul at this rate. The third “Purge” actually held up better in its second weekend than the franchise’s two prior entries. To be fair, that’s not saying much, as both posted abysmal second weekend tumbles (75.6% for the first and 64.8% for the second). “The Purge: Anarchy” made 41.4% of its total gross during its opening weekend, and the original “The Purge” pulled in an even-more-robust 52.8% of its eventual domestic sum during its first three days. This one is holding up more like “Anarchy,” so if we assume that its $31.5 million opening weekend represents around 40% of its eventual gross, it could pull in $78-80 million, making it the biggest “Purge” to date.