Aaaaaannnnddd we’re back with our favorite post-apocalyptic survival group, also known as Rick & Co. There were a lot of concerns when rumors of gore-censorship arose earlier this year. Many people (myself included) consider violence the bread and butter of this show. Sure, there are some story arcs peppered into there, but we really came to see insane zombie set dressings and Rick go into beast mode. Luckily, those fears were quickly quelled. If episode 9 was any indicator, this second half is certainly going to clear the gore-bar set by preceding seasons.

Father On The Run

Without Spencer around, Father Gabriel is now Alexandria’s most hated. Yes, he managed to sort of curry our favor when he protected Judith from the zombie invasion and the Maggie death fake-out, but he hasn’t really done much to establish that he’s earning his keep.

We saw in the last episode that someone was watching the Safe Zone and it seems that they have made contact with Faja G. As he sweatily steals supplies from the pantry he loads up a car and drives away from Alexandria. As viewers, we think it’s a simple case of the “time to bail out of a bad situation” — but when we see a head poke out of the passenger seat we know there is more to this than meets the eye. 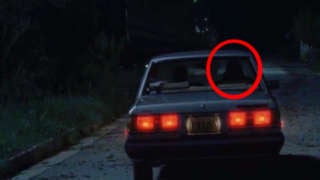 We get back to The Hilltop where Rick & Co. ask Gregory for help taking care of the saviors. Of course he says no, but who cares? Jesus and Maggie are already making plans to replace him and the people of The Hilltop seem eager to help. Sure there is the risk, some, most, or all of them will die. But life under Negan is becoming increasingly unbearable. Besides, in a world where you could literally die at any moment, what’s the point of living under a dictator?

If any of the survivors are going to stand a chance against the saviors they are going to need more bodies. Luckily for Rick & Co., The Kingdom has just that. Because Negan’s men have never set foot in The Kingdom they don’t know how many people are living in the camp – or who can fight for that matter. As Rick points out, doing nothing about the Saviors is selfish and ultimately destroying Negan will be better for all of mankind.

Rick & Co. are a little shocked to meet Shiva.

While King Ezekial takes the group on a tour of The Kingdom, they run into Morgan. Tensions are obviously high when he and Rick exchange a heated stare-down. Remember that Morgan left because he said he couldn’t “kill for the group.” We get it, sure. Constantly delivering head shots can take a toll on you and sometimes you need a timeout. However, as he warns King E not to fight against The Saviors, it seems this bro-ship has suffered its final blow.

Unfortunately, King Ezekiel is not keen on risking life and literal limb on this endeavor. He sends Rick & Co. back to Alexandria without recruits but offers Daryl asylum at The Kingdom. I’m hoping that this leads to a Daryl / Carol reunion. My guess is that he’ll convince her to fight and in turn she’ll convince the subjects in The Kingdom to throw their pitchforks in as well.

On the way back to Alexandria the gang stumbles upon a walker death trap. It seems the Saviors have strapped dynamite to a line in order to exterminate a herd of walkers. Rick quickly acts and says they need to grab the dynamite and trap the walkers in case they need them later.

Per Rosita’s instructions, the group dismantles the bomb and begins loading the dynamite into the truck. Just as they are wrapping up, Negan can be heard over the stolen Savior walkie talkie.

Often the timeline in TWD is a little skewed and it can be difficult to determine when things are happening in relation to each other. Once Negan announces over Jesus’s stolen walkie that they are looking for escapee Daryl, its pretty clear that not much time has passed since Daryl smashed Joey’s brains in and escaped the compound.

Without any supplies, The Saviors wonder how the Alexandrians will be able to pay tribute.

The gang quickly hightails it back to Alexandria and just barely beats The Saviors back. As the Saviors ransack the settlement in search of Daryl, Rick discovers that Father Gabriel is missing — along with all of their supplies.

Rick is a bit skeptical that Father Gabriel would turn back to his super shitty ways and insists there must be a reason behind it. Eventually, they stumble upon a clue written in a notebook which reads “THE BOAT”. Quickly remembering the boat house that he and Aaron raided, Rick knows that Father Gabriel must be in trouble.

As the group begins looking for Father Gabriel they are quickly ambushed by other survivors. Usually this kind of sequester would shake other people, but  Rick smirks directly at the camera and I’m pretty sure we all had the same thought. Look at all these angry people with guns! This new group could be Rick’s answer to the Negan problem… if they don’t kill him first. 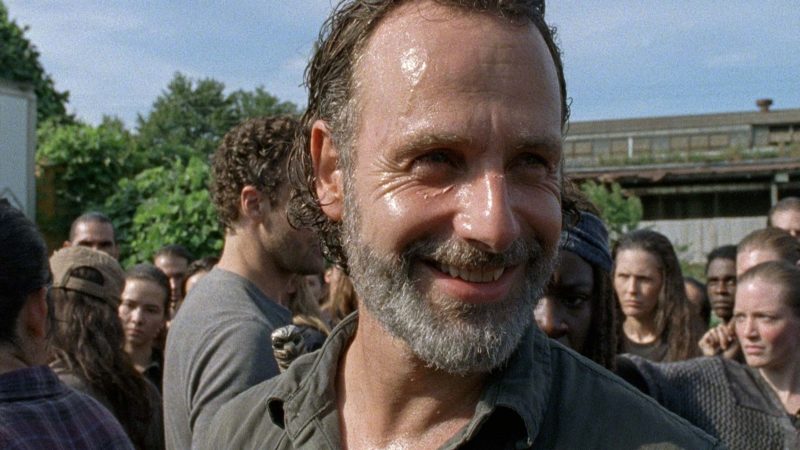