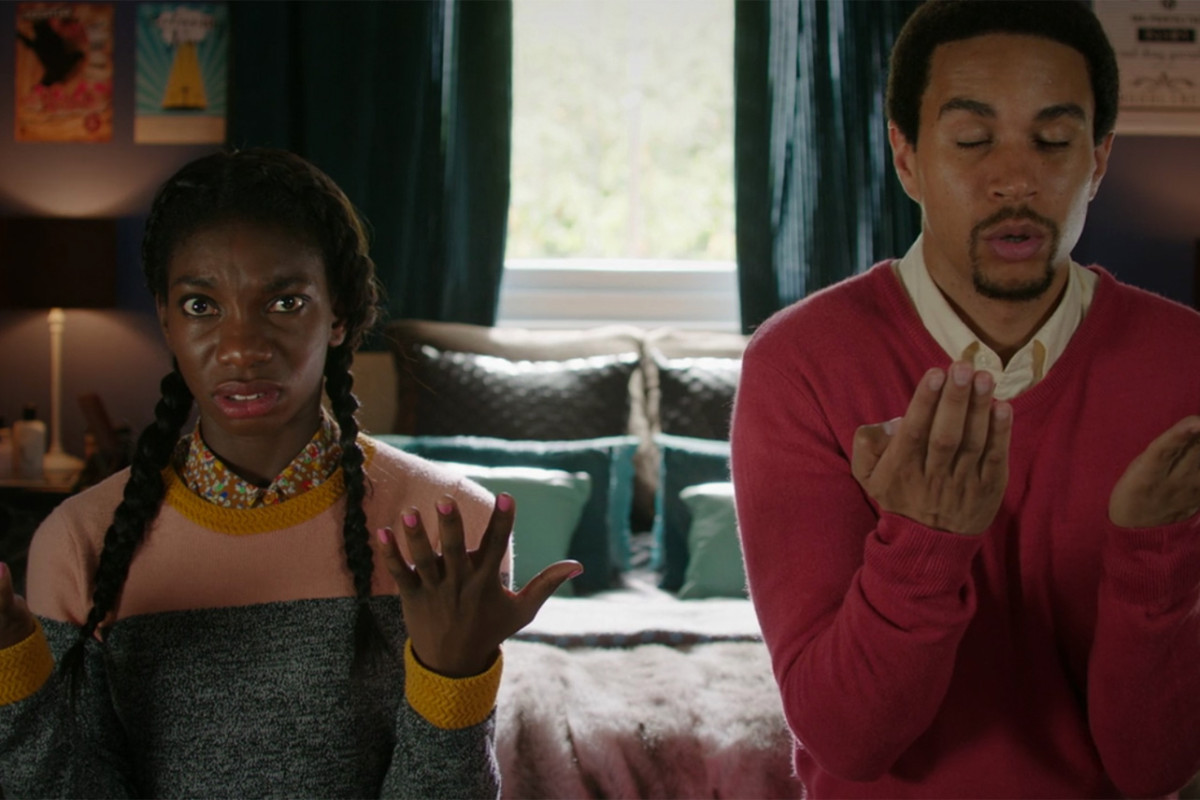 We’ve seen it before, the dreaded sophomore slump. From “True Detective” to “The Misfits,” recent audiences have watched plenty of shows with strong concepts that delivered in their debut season, only to disappoint the second time around. There are a lot of factors that may be to blame for these nosedives. Bigger budgets that often mean more production company control, the shock of success is more than the creative team can handle or egos that force the show into some sort of weird joke circle jerk (think Workaholics). Written by, directed by, and starring Michaela Cole, Netflix’s “Chewing Gum” shimmies its way past expectations into a stellar second season. With poignant observations about both romantic and platonic relationships, personal growth, and what it means to find happiness, Chewing Gum is an easily digestible coming of age tale that we’ve all been waiting for.

It wasn’t the diverse cast, cringe-worthy comedy, or awesome grime soundtrack that ultimately sold the series to audiences. We just couldn’t help but fall in love with the cast. When we are first introduced to Tracey Gordon (Michaela Cole), the show’s awkward and sexually frustrated female protagonist, she is calculating how to seduce her devoutly religious gay finance. Well, we’ve come a long way since then, and so has Tracey as a character. In the course of one season break, she has gotten kicked out of her apartment, lived in a shelter with her then-poet boyfriend Connor, gotten dumped, and been invited back into her Mum’s flat after Tracey proves her devotion to their faith.

Though completely clueless, Tracey is afforded some freedom and a sense of agency rarely bestowed upon women of color. What makes it even more special is that she’s relatable. Sure, we have strong women like Viola Davis (“How to Get Away with Murder”) and Kerry Washington (“Scandal”), but neither of these women are relatable for the average woman. Tracey has been cleverly written so that her sexual exploits don’t affect her inherent wholesomeness. This is a luxury not usually afforded black women in contemporary American storytelling. Either you’re the pious mammy or the video ho. But Tracey breaks right out of that mold (I mean how many people can turn a sex party into an innocent game of pool volleyball?).

Like our lead, many of the other characters in “Chewing Gum” break out of their anticipated stereotyped trappings. Aaron, played by Kadiff Kirwan, is a strong black man, whose sensitive nature may have ultimately been the downfall of his relationship. Cynthia, played bySusan Wokoma, is left at the altar in season one by Tracey’s ex-fiance, but ultimately finds forgiveness and a more open mindset by the end of season two. No one character finds themselves where they first started in the series’s first episode, and that’s what makes this comedic powerhouse so successful. “CG” isn’t a show where the character’s wacky hijinks neatly wrap up at the end of the episode, never to affect them again. Everyone, even the oldest characters, are growing up. If season deux is any indication, we are in for even more surprises in the years to come.