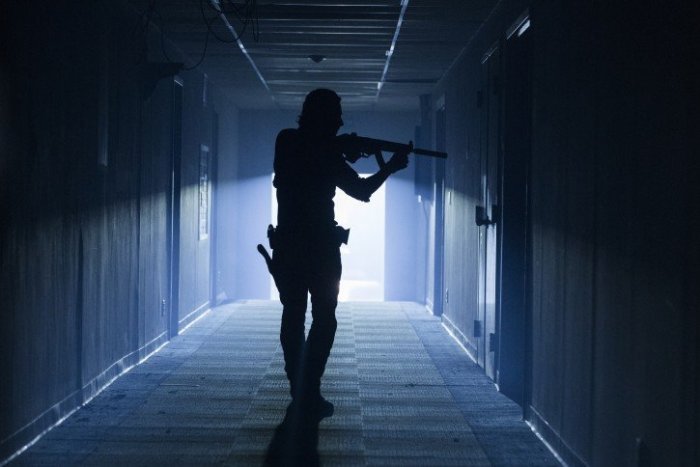 Just when you thought “The Walking Dead” couldn’t push us further into the land of grey areas, we got Gracie. The show is constantly asking the philosophical question of whether our compassion or mercy is what makes us human. If so, are Rick & Co. too far gone? In this week’s episode, “The Damned,” the group learns to shed the light on their inner darkness.

ANOTHER ONE BITES THE DUST

Team Alexandria pulls off what initially seems to be a classic drive-by on The Saviors while they are at one of their bunkers. As they pick off some of their members, one of the Saviors, Mary, tells her team to move in because the Alexandrians are too “chicken shit” to actually hold their ground. But overtaking them wasn’t actually the plan. While the Saviors were too busy shooting back, they didn’t notice that many of their own were turning. Just as Mary is about to reload, she’s attacked by one of her own men. It’s a shame that the audience didn’t get more of this plan revealed because it was actually genius. Instead, the editors served us 10 minutes of confusing cuts in an undisclosed location. Right as the Alexandrians are about to roll out, Aaron realizes that his boyfriend Eric has been wounded. Unfortunately, he doesn’t have the same plot armor as the main characters, so Eric can’t hope to make it past the roll credits. 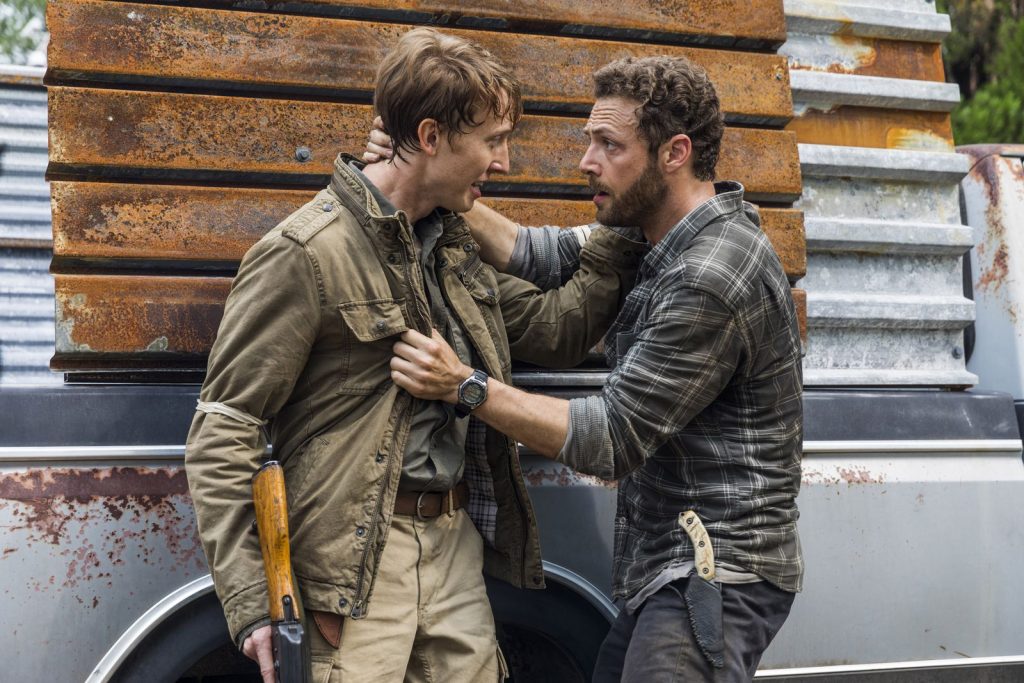 FAKE IT TIL YOU MAKE IT

We open with our King Ezekiel’s knights disoriented by the show’s editing choice smoke bomb that one of Negan’s outpost guards threw. They manage to take down the walkers that he released before he escaped, but the Savior henchman is nowhere to be seen. Knowing where the Savior’s compound is, Ezekiel quickly formulates a plan to cut him off before he can report back. It’s not the first time we’ve seen Ezekiel go full “Game of Thrones” speech on his men, but it seems to be growing on Carol.

As they walk through the woods, Ezekial pulls Carol aside and explains why he talks like a character from Canterbury Tales. In the harsh world that they currently live in, people need to be inspired to remain hopeful. Yes, Ezekial isn’t really a king, but it doesn’t really matter. His theatrics are the little sliver of light that his people need to see through the darkness. Through his leadership, they have achieved everything he has promised. So Carol can doubt the method, but can’t argue with those results. A few seconds later they see Negan’s guard running down the path ahead of them, just as Carol is about to use her “munition” Shiva pounces on the man and tears him into little tiny tiger pieces.

Back at the satellite station, Morgan, Tara, Jesus, and some lesser-known characters who shall not be named, are forming a plan to infiltrate the station. It’s not the first time they’ve been in there, the last time they broke in they slaughtered all of Negan’s men in their sleep. This caused Negan to retaliate, killing Glenn and Abraham. So it makes sense that the second siege of this outpost weighs a little bit heavier on the team than it usually would. Because they are so used to the killing of course. Morgan volunteers to lead the charge, insisting that he “can’t die”, when some members of the group contest. Insert statement about cliche famous last words here. 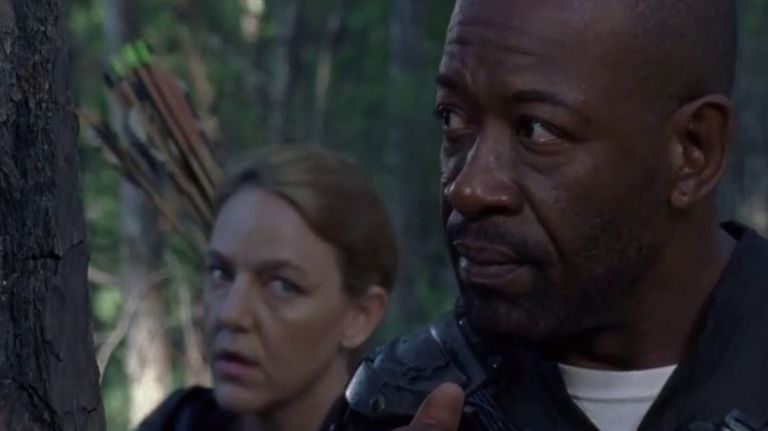 It turns out that Morgan might actually be right. As they storm the complex, a few of the Kingdom-ers are taken down by the spray of automatic fire, and only Morgan is left standing. Press play on the “Terminator” rampage that unfolds. Driven by a Rick pep talk flashback, Morgan executes the remaining guards inside before he is snapped out of his killing trance by the glare of sunlight. 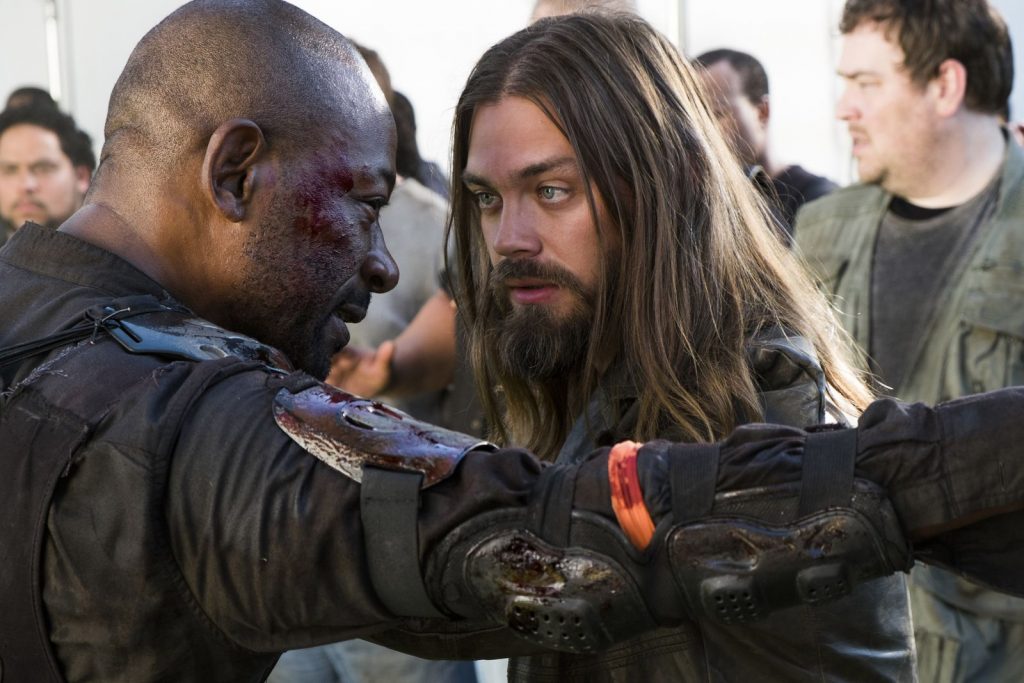 Outside, Jesus has managed to convince the remaining Neganites to surrender peacefully. Tara scoffs at this decision. Even if Maggie sides with Jesus, she is convinced that Rick will never let the hostages live. Morgan, having joined the rest of the team agrees with Tara’s approach. This group of hostages is going to be more trouble than they’re worth. With a razor-thin line between victory and defeat, the Survivors can’t afford to make any more mistakes.

Rick and Daryl are on their own mission to secure guns from another one of the Saviors’ safe houses. So far they have cleared 90% of it and still, there are no guns to be found. Daryl doesn’t trust Dwight’s intel, but Rick reasons that he hasn’t let them down so far. Hopeful, they hit the top floor and split up. As Rick is searching through one of the upstairs rooms he is jumped on by a man in the hallway. Rick manages to get the stranger into a headlock and interrogates him about the location of the guns. Gasping for air the man screams that there are no guns, and whispers “Gracie” before Rick impales his body against an IKEA shelf rack.

Rick pilfers the keys from the man’s body and enters the room where he believes the guns are being kept. Cue the twist to end all twists. It turns out the room just held what can be presumed to be the man’s baby, Gracie. This revelation hits Rick hard. He unknowingly at least half-orphaned a baby. On the one hand, it’s unfair to hold Rick accountable for this. The Saviors’ system of forced taxation has hurt dozens, if not hundreds of other innocent people and some unfortunate casualties will happen along the way. Everyone is someone’s sister, or brother, or mother, but this is war. 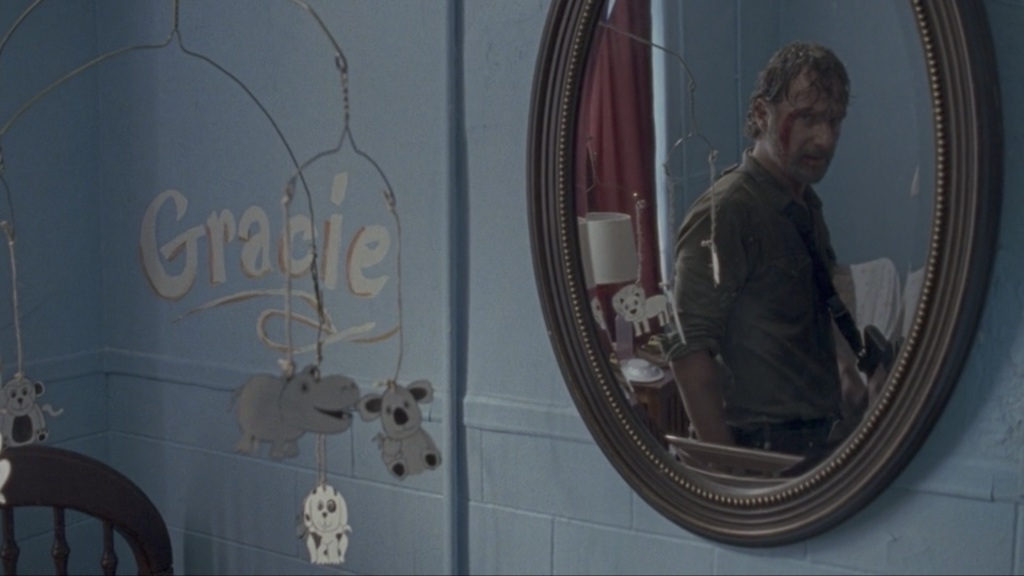 We then get the surprise cameo we didn’t know we wanted. The return of Morales. For those who don’t remember, Morales was in the original crew back in Atlanta. When Rick and the gang decided to head to the CDC for answers, Morales decided he’d rather search for his family back in Alabama. What’s even more shocking than the slim-to-none chance that they would ever see each other again is Morales’s attitude. Yes, some time has passed. But c’mon. As Rick tries to reason with Morales, the ex-friend, or current frenemy, informs his former bloody leader that he has already alerted The Saviors. It’s too soon to tell if Morales will have a change of heart later in the season, but right now it looks like he’s gone full Negan. 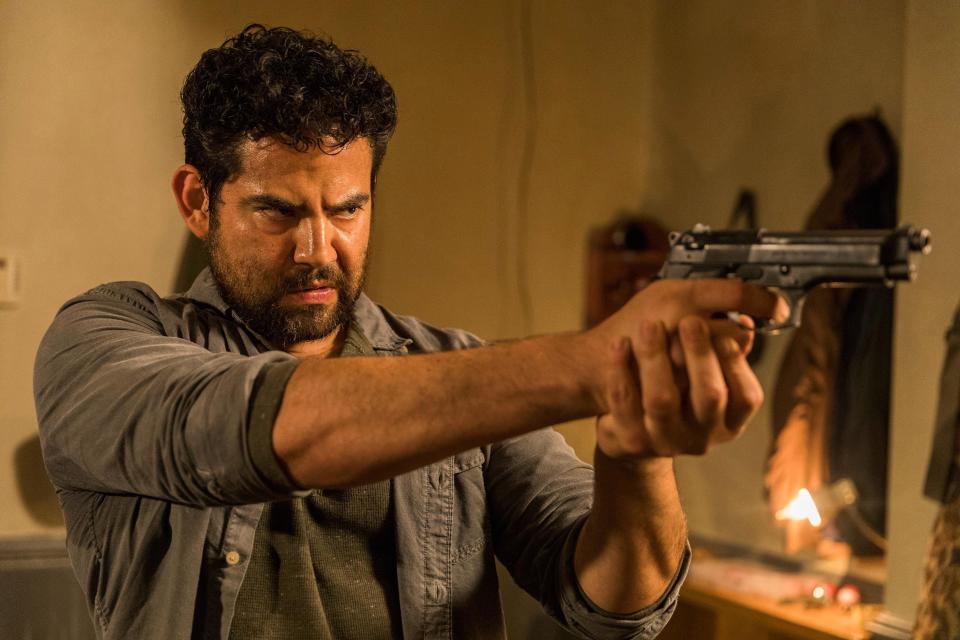 With only a few minutes left in the episode, the Kingdomers, Hilltoppers, and Alexandrians are all scattered, The Saviors are on to their plan and their dear leader Rick may be captured. The episode ends with the same dizzying editing choice that it began with, and leaves everyone wondering why they didn’t stay in Atlanta too.